It’s a parent’s worst fear, the death of a child. It’s a tragedy no mother or father wants to endure, and an unimaginable pain no person is immune to. These 13 celebrity parents lost a child due to sudden and tragic events. 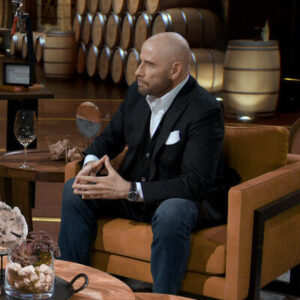 1. John Travolta and Kelly Preston – John Travolta and late wife, Kelly Preston, lost their 16-year-old son, Jett, after he suffered a seizure and hit his head in the bathtub while on vacation in the Bahamas. Jett was autistic and suffered from seizures, but it was the tragic accident that ended his life prematurely. Travolta revealed during an on-stage interview at the Theatre Royal Drury Lane in London that “Life was no longer interesting to me, so it took a lot to get me better.”

2. Mike Tyson – Former heavyweight champion, Mike Tyson, lost his daughter, Exodus, in 2009 when the 4-year-old got strangled on a treadmill cord inside a home gym. Her mother, Sol Xochitl, tried to revive her with CPR and called an ambulance, but unfortunately, Exodus passed away. Tyson expressed his heartbreak in an interview with Oprah Winfrey in a 2009 interview.

3. Eric Clapton – In 1991, Eric Clapton’s 4-year-old son, Connor, fell from the 53rd floor of a New York skyscraper to his death after a cleaner left the window open. Connor’s mother was Italian model, Lory Del Santo. Daily Mail reported that after the tragedy, Clapton flew to Antigua to spend a year living as a recluse. The musician isolated himself on the Caribbean island and threw himself into writing songs in an attempt to heal. The musician wrote “Tears in Heaven” in memory of his son.

Available at Amazon: Tools and resources on handling grief after loss

4. Tameka Foster – Celebrity stylist and reality star Tameka Foster, lost her son Kile in 2012 when a family friend accidentally ran over the 11-year-old while on a jet ski. Foster admitted while on 97.9 The Box that with the exception of the custody battle she was facing with ex-husband, R & B singer Usher Raymond, everything became “trivial” after Kile’s death.

5. O.J. Simpson – O.J. Simpson’s daughter, Aaren, whom he had with his first wife Marguerite L. Whitley, died in 1979, just before her second birthday, after she drowned in the family swimming pool. According to the St. Petersburg Times, paramedics responded and found his daughter unresponsive on the side of the pool. Using CPR, they were able to revive her but she was placed on life support when she reached the hospital. Aaren’s cause of death was listed as “respiratory failure.”

6. Mary Tyler Moore – Mary Tyler Moore’s only son, Richard Meeker, Jr., died at age 24 of an accidental gunshot wound in 1980. In a 2008 interview, with The National Ledger, the late actress said of her son, “He was a gun collector, was cleaning guns, and one of them went off and shot him in the head.” Meeker was handling a gun called the “Snake Charmer” in his bedroom when it went off. The gun was eventually taken off the market.

Available at Amazon: A variety of books related to celebrity

7. Roy Orbison – In 1968, two of Roy Orbison’s three sons died in a house fire. Roy Dwayne Orbison was eleven; his brother, Anthony, was six. Capt. Bill Deering of the Gallatin Fire Department said the fire was followed quickly by an explosion that shook the house. “From what we’ve been able to piece together, the two children who were killed were playing with an aerosol can in the basement of the house when their grandfather, Orbie Orbison, warned them that was dangerous,” Derring said.

8. Steven Curtis Chapman – Grammy-winning Christian singer Steven Curtis Chapman’s 5-year-old daughter, Maria Sue, was killed after her 17-year-old brother Will accidentally hit her by car in the family’s driveway. The Chapman family spoke with Good Morning America’s Robin Roberts in their home and shared their faith and the family’s strength in the wake of the accident. “Because of my faith, I know that she’s completely whole and completely OK and I’m going to see her again,” Chapman’s wife Mary Beth shared.

9. Granger Smith – Country music singer Granger Smith and his wife Amber lost their youngest son, River Kelly Smith, following a tragic drowning accident in 2019. Granger shared via Instagram that despite the doctor’s best efforts, he was unable to be revived. Granger went on to say, “… Our family is devastated and heartbroken, but we take solace in knowing he is with his Heavenly Father. Riv was special. Everyone that met him knew that immediately. The joy he brought to our lives cannot be expressed and his light will be forever in our hearts. If there are words to say more, I cannot find them in this moment. Love the ones close to you. There has never been a more difficult moment for us than this.”

10. Loretta Lynn – Loretta Lynn’s “favorite” son, Jack Benny, died in 1984 at 34 years old while crossing a small creek that ran through his parent’s farm, in Hurricane Mills, Humphreys County, Tennessee. The coroner concluded he fell from his horse while crossing the stream, struck his head and was rendered unconscious and drowned.

11. Anthony Quinn – Anthony Quinn’s two-year-old son, Christopher, with first wife, Katherine DeMille, accidentally drowned in 1941 in W.C. Field’s lily pond. Christopher had been missing from Quinn’s home for only a few minutes before his body was found.

12. Vanessa Redgrave – In 2009, Vanessa Redgrave lost her daughter Natasha Richardson to a tragic ski accident. Richardson fell in a beginner’s trail while taking a ski lesson at the Mont Tremblant ski resort in Quebec. She initially appeared fine and joked about the fall, but the ski patrol insisted she see a doctor. Richardson initially declined, according to the resort’s statement. She sustained a head injury and died from an epidural hematoma.

13. Bruce Lee – In 1993, the late Bruce Lee’s only son, 28-year-old Brandon Lee, who was also an actor, was filming a scene in The Crow where his character was shot and killed by thugs when a dummy bullet penetrated his abdomen and lodged into his spine. After a two-month investigation, the District Attorney determined that while several crew members were negligent, no one intended to harm Brandon Lee and that his death “was the result of ignoring basic and well-recognized safety guidelines.”