According to the Mayo Clinic, Obsessive-Compulsive Disorder (OCD) is characterized by unreasonable thoughts and fears (obsessions), whether fear of messiness, germs or something else, that leads to doing repetitive behaviors (compulsions). An obsessive-compulsive might feel compelled to behave in a certain way, such as cleaning out their cabinets before going to sleep, or checking and rechecking their child or the locks on the doors.

Some statistics say that when people who suffer from OCD have kids their condition improves. These 10 celebrity moms have admitted to having this disorder and some have even revealed to getting better once they had children. 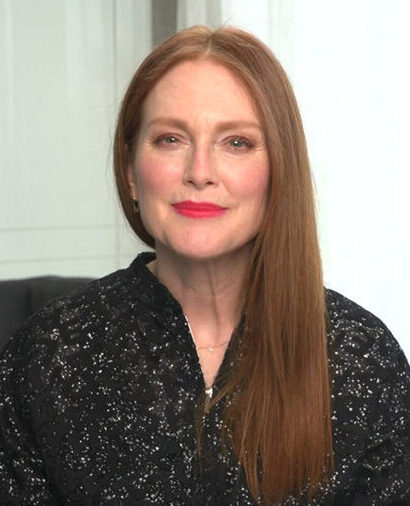 1. Julianne Moore – In a 2008 interview with The Guardian, the actress opened up about being obsessive compulsive. She used to do the ‘lucky walk’, leaving the house at a certain time, at a certain pace, so that there would be green lights rather than red. “Those are the indulgences you can have before you have children. Now I don’t have time to obsess. All that stuff about, ‘I need to go this certain way and do that,’ was an indulgence of my youth.”

2. Charlize Theron – in 2012, Charlize Theron admitted to having OCD when she was on the Australian radio show Kyle and Jackie O. “I have OCD, which is not fun,” she told the radio hosts. “I have to be incredibly tidy and organized or it messes with my mind and switches off on me.”

3. Jane Horrocks – In a 2007 interview with Metro News, it was revealed that Jane Horrocks went through a season where she had an obsession with swallowing, and she loved cleaning so much that she brought bleach with her to the dressing room. According to TV Times, motherhood and writing helped the British actress stop this behavior because she realized that when you have children, “you don’t have time to be obsessed.”

4. Megan Fox  – “This is a sickness, I have an illness, this is not okay anymore,” Fox told Allure magazine in 2010. Her problem was with public toilets and restaurant silverware. “Every time someone uses a bathroom and they flush, all the bacteria is shot into the air,” Fox said. And her feelings on silverware? “Putting my mouth where a million other mouths have been, just knowing all the bacteria that you carry in your mouth? Ucch!” In 2013, after Fox had her son her strong stance took a turn for the better. In a Marie Claire interview, she referred to her oldest son when she said, “I took him right on my chest and from that moment nothing he does freaks me out… [The anxiety] has been significantly better since he was born. I would say, like, 80 percent better. Which is nice.”

5. Alanis Morissette – In a 2019 interview with CBS News, Morissette spoke about her 10-year battle with depression but revealed that after having her third child her symptoms became more obsessive-compulsive. “This time around, it’s less depression, it’s more anxiety and a little more of the compulsive, obsessive thoughts.” She went on to explain that she had horrifying thoughts with regards to safety involving her children and loved ones.

6. Amanda Seyfried– In a 2016 interview with Allure, Amanda Seyfried shared details of her OCD. She revealed back then that she’s been on a medication called Lexapro since she was 19, and, although on the lowest dose, she’ll never get off of it. She went on to say, “…I had pretty bad health anxiety that came from the OCD and thought I had a tumor in my brain. I had an MRI, and the neurologist referred me to a psychiatrist. As I get older, the compulsive thoughts and fears have diminished a lot. Knowing that a lot of my fears are not reality-based really helps.”

7. Emily Lloyd – Emily Lloyd, who rose to fame on the 1987 film Wish You Were Here, had a long battle with depression and extreme obsessive compulsive disorder, even spending time in psychiatric wards for her mental problems. In a 2013 interview with the Daily Telegraph, Lloyd revealed her “pain of the mind.” In 1997, while in India, she took “too much” of an anti-malarial medication and then, while waiting to meet the Dalai Lama, was bitten by one of his dogs. It was reported that the combination of the drug and the dog “unhinged her.” 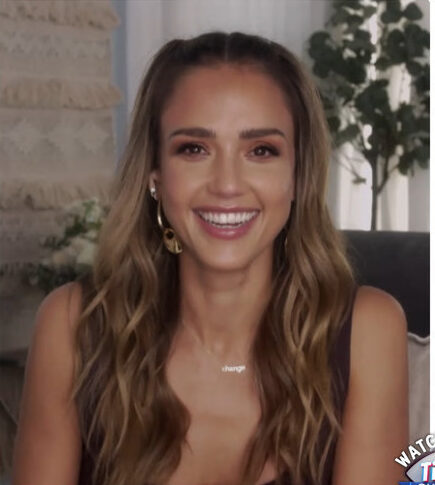 8. Jessica Alba – “I used to unplug every single appliance in my house. Or I’d double-check every door in my house to make sure it was locked at night,” Jessica Alba told CosmoGirl in 2008. “It was like a panic came over me and I had to do something, and once I did it, I was OK. … It was really me needing to control something.”

9. Roseanne Barr – In addition to admitting to having dissociative identity disorder to Larry King in 2001, Roseanne Barr also spoke about her OCD. “I can’t stand to kiss people or touch them, because they are covered with germs…” she told the host.  She even admitted to having problems kissing and being intimate with her husband at the time.

10. Teresa Giudice – Before the reality star began her 15-month prison sentence, she revealed that she once lived with obsessive-compulsive disorder, and had a compulsion to touch things three times. “I’ve never told anybody that I did that,” Giudice admitted in a 2015 Glam video interview, then added that “the OCD went right out the window” once she had kids. “When you have four daughters, you can’t be so obsessive over anything,” The Real Housewives star said. “I wake up every morning and I live for them.”