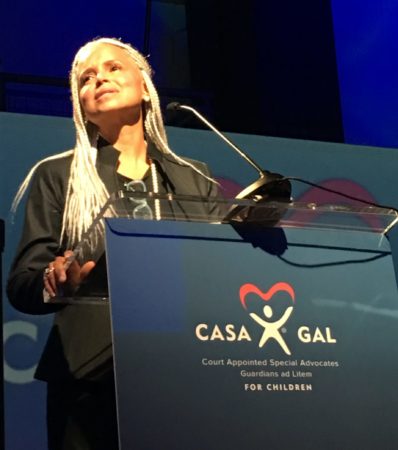 For someone who spent 18 years in the foster care system, writer, producer, director, and actress Victoria Rowell has had a rich life, and even credits her time in foster care, and the women who raised her, for her success. At 17, the multi-talent received a full scholarship to the American Ballet Theater, then launched into a modeling career, then acting, where she eventually earned multiple Emmy-nominations and won several NAACP awards, most notably for her role on the iconic soap opera The Young and the Restless. She pushes for racial equity and diversity in Hollywood plus speaks all over the world on behalf of girls, youth, and women about breaking the cycle of poverty and the mental bondage of neglect. Her activism has even secured jobs for foster youth behind the camera.

The mother of two still acts, but it seems a majority of her creative highlight reel comes from the filmmaking forum, where she writes, directs, and produces, recently, multiple projects for BET founder Robert Johnson’s streaming platform, Urban Movie Channel (UMC). Rowell credits her experience in foster care with the motivation behind one of her new shows, UMC TV’s, Trash versus Treasure. On each episode, Rowell assists families in transforming their lives and helps them renovate their homes by using the resources they already have. She credits God’s impeccable timing, especially during this pandemic, for seeing that vision come to life.

“God is amazing,” Rowell proclaims. “I shot the show in advance. Something in my spirt, last year, told me I had to see people. I listened to my intuition. I visited people I hadn’t seen in a long time. It wasn’t an ominous feeling, I want to be clear, but it was something big happening, and I told my family, ‘I am going to be visiting these people.’ ‘I am going to be visiting these places.’ ‘I’m going to be organizing aspects of our household, like hunkering down.’ I could not pin it to anything, and that included when I got this contract, this phenomenal greenlight from AMC Networks, streamer UMC TV, my third show with AMC Networks, UMC… I decided I would shoot this in advance. Because of this intuitive feeling I had, ‘I need to shoot this show now, not wait til’ 2020,’ which I could have.” 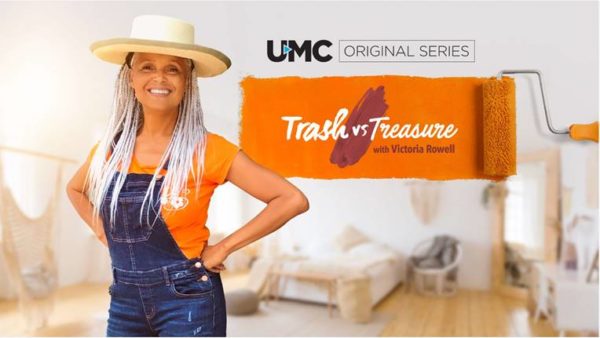 The filmmaker aired the first two episodes in LA and the third in Kingston, Jamaica, and it was a very collaborative process. She even interior designed all the shows herself and infused every episode with the women who raised her in foster care. “They are one-hour episodes; they are big shows, where we do a deep-dish dive into the family themselves… It’s not a presto show, people are going to invest. This isn’t a hoarder show; this isn’t like ‘we’re going to tear out walls.’ The family has to help me. Sometimes the community gets involved, it’s a beautiful thing. I need help moving the refrigerator; I need help moving the mattress; I need help dusting, cleaning scrubbing. We all get down on the knees and get into the work. We roll up our sleeves together because it’s a teachable-moment show. This is reality…”

Rowell is also part of the BET HER TV initiative that highlights four female-centric original short films, all directed by black women: Sheryl Lee Ralph, Kim Fields, Vanessa Bell Calloway and Victoria Rowell. BET has ordered a series of shows for black wellness, tackling other topics like breast cancer awareness, postpartum depression, plus more. In the film that Rowell directed, Everything is Fine, she focuses on mental illness. “It drills down with mental illness in a black family and denial and getting to a conversation of transparency and getting out of the typical adage of ‘oh he’s just special’ or ‘she’s special.’ No, we really need to peel the onion back, get out of shame, and talk about mental illness in our community. It starts with us and searching for that black psychologist, psychiatrist. That makes a difference,” the actress stresses.

Rowell’s co-star on The Young and the Restless, the late actor Kristoff St. John, was also a strong advocate for mental health awareness, particularly after his son’s tragic suicide. And though Rowell is a mental health advocate herself, they never collaborated on this particular topic, but that didn’t stop the two, who were very close, from sharing intimate conversations about struggles in the entertainment industry. “Kristoff would share with me his personal strife in the industry as a black man, which causes depression. People have to really look at job suppression equates to depression. Here was a man who worked so hard for 25 years and as he told me, couldn’t get one story of his produced. That really makes one pause. In addition to that, of course, he had the incredible charge of trying to help his son…” It’s no surprise that after working together for almost 20 years the two were very close and Rowell remains in touch with his father, Christopher St. John. 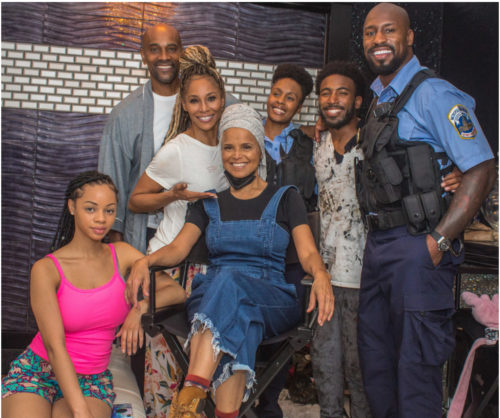 The advocate is also a strong proponent of racial equity within the entertainment industry and fought hard during her days on The Young and the Restless. Unfortunately, that fighting led to leaving her 17-season soap opera career behind. Today, the actress is still fighting the good fight, and not just posting motivational quotes on social media, but actually instrumental in getting black talent employed. She brings resumes and receipts to the executives to get diverse talent hired and even qualified for the union. “We need effective change from the top down in the C-suits of broadcast television or we will not see it happen,” Rowell says. “And these are soap operas that have made billions, not only billions on its face, but all the advertisers have made billions over time, 600 years of aggregate daytime soap opera air broadcast time, and zero black executive producers? Something is wrong in America. … Soap opera is a multi-billion-dollar industry domestically made popular by predominantly a black older female audience buying the product, they’re consumer viewers, made successful, made and keeps Young and the Restless #1, Bold and the Beautiful rides that next hour, they’re a half-hour show… That black audience is ridden all the way across the afternoon, all the way into 100 countries, in its distribution deal…,” Rowell emphasizes.

With Rowell’s push for racial equity, foster care reform, and mental health awareness she stills seems to traverse through her entertainment life so seamlessly. She’s also starring in the soap opera comedy series, The Rich and the Ruthless, plus the upcoming opioid-crisis drama Jacqueline and Jilly. Both shows are produced by UMC TV and were created by Rowell.

Check your local listings and streaming platforms to enjoy Rowell’s many projects: