For the first time, Vanity Fair hosted the V.F. Social Club to celebrate the Emmy Awards for select social and entertainment influencers. Guess who was part of the excitement? Yep, Tinseltown Mom. The event was held at the creative co-working space, WeWork Hollywood, #VFSC the hot spot where invited guests experienced the world of Vanity Fair throughout Emmy weekend.

Below were some highlights from the fantastic 2015 Emmy-celebratory event:

In Conversation with Matthew Weiner: Award-winning creator and Emmy nominee Matthew Weiner spoke with Vanity Fair’s West Coast Editor, Krista Smith about his groundbreaking show Mad Men, and how the industry was reluctant to take a chance on this American period drama, early on. After seven seasons and 92 episodes, Mad Men’s final episode aired on May 17, 2015. 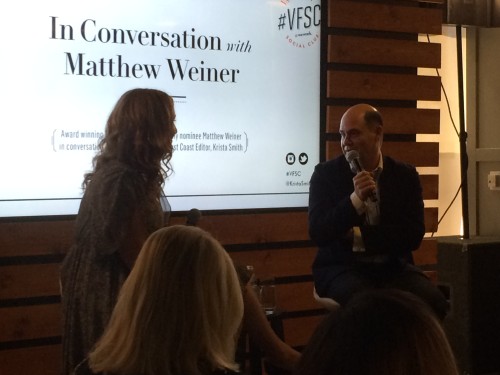 American Actor Story: American Horror Story actress and Emmy nominee Sarah Paulson was in conversation with Vanity Fair’s Ned Zeman. The actress talked in depth about the show, her character and her Emmy nomination. She revealed that the nom made her feel nervous. “I have been through it before [but, still] my stomach doesn’t feel good. Because anything could happen, good or bad. There’s bad things about winning too. You have to get up there and talk.” 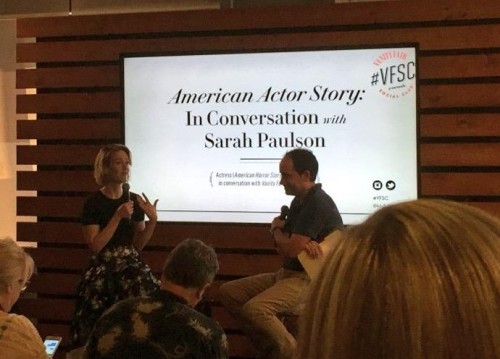 Honor Roll Call: Emmy nominated Key & Peele performers, Keegan Key and Jordan Peele, chatted with television creator and Vanity Fair writer, Nell Scovell. The comedians kept the audience roaring with laughter. According to Vulture, “Key & Peele will go down in history as one of the greatest sketch shows of all time, one that redefined the “filmic” sketch and established such a strong viral presence that many people didn’t even know it was a show that aired on actual television.” 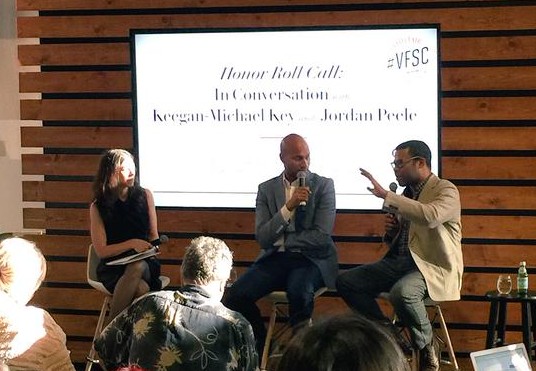 Presidential Debate: Actor, director, and producer Tony Goldwyn sat down with Vanity Fair’s Emily Poenisch to talk about Season 5 of the hit show Scandal; working with the show’s creator, Shonda Rhimes; his memory of Patrick Swayze, plus the power social media played in boosting ratings for the ABC series. 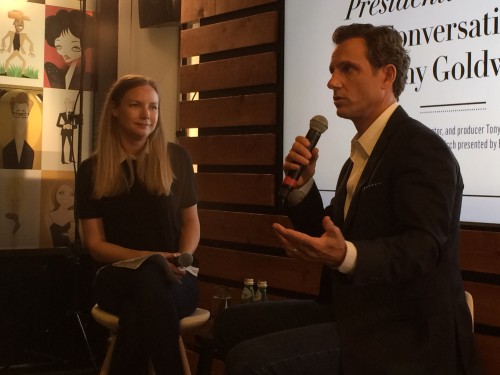 Photo Op Moment: Of course, a Tony Goldwyn attended event wouldn’t be complete without a snap of President “Fitz” along with yours truly. And for those wondering, the Scandal hunk was as gracious as he appears in the media. 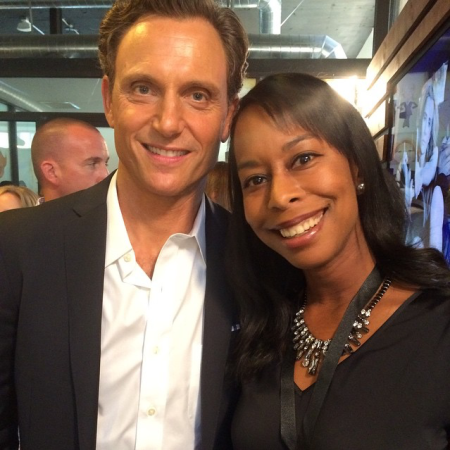 Now, all the winners from the Emmy Awards 2015:

“Orange Is The New Black” (Netflix)

Viola Davis, “How to Get Away With Murder” *WINNER

Will Forte, “Last Man on Earth”

Outstanding Supporting Actress in a Comedy Series
Niecy Nash, “Getting On”

Outstanding Lead Actor in a Miniseries or a Movie
Timothy Hutton, “American Crime”

Outstanding Lead Actress in a Miniseries or a Movie
Felicity Huffman, “American Crime”

Outstanding Supporting Actor in a Miniseries or a Movie
Richard Cabral, “American Crime”

“Dancing with the Stars” (ABC)

“So You Think You Can Dance” (FOX)

Outstanding Host For A Reality Or Reality-Competition Program
Tom Bergeron, “Dancing With The Stars”

Cat Deeley, “So You Think You Can Dance”

Cicely Tyson, “How To Get Away With Murder”

“Homeland” — “From A To B And Back Again” (Lesli Linka Glatter)

Studies have shown that pornography can have devastating effects on people's lives, leading to infidelity, lewd behavior, sexual exploitation, … END_OF_DOCUMENT_TOKEN_TO_BE_REPLACED

According to Business Insider, podcasts have been surging in popularity over the last few years. Consumers are continuing to partake in this digital … END_OF_DOCUMENT_TOKEN_TO_BE_REPLACED