Reports show that pregnancy among women in their early 20’s dropped nearly 18 percent from 1990 to 2008, but among older women, ages 40 to 44, there’s been an increase by nearly 65 percent. Although pregnancy statistics for women in their late 40s remained unchanged it’s worth highlighting the famous moms that accomplished this incredible life-giving feat, like the famous faces below. 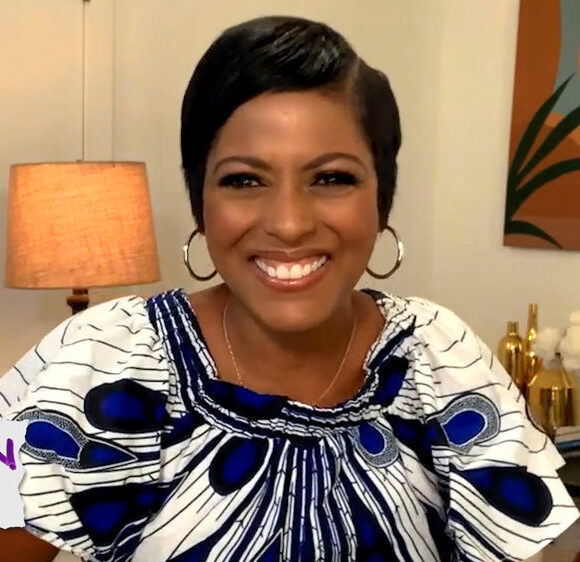 1. Tamron Hall – She was a high-risk pregnancy at 48-years-old and although Tamron Hall wanted to share the joyous news with the world, her doctor told her to wait to make sure the pregnancy was progressing in the right direction. “If it did not work out, I don’t think I was mentally prepared to tell people,” the former Today host shared with Good Morning America’s George Stephanopoulos in 2019.

Related: Pregnant Celebrities in Their 50s

2. Kenya Moore – Kenya Moore revealed on the season 10 reunion of The Real Housewives of Atlanta that she was pregnant with her first child. She told host Andy Cohen “We will definitely be welcoming a boy or girl in late this year.” Moore conceived via IVF at the age of 47.

3. Halle Berry – Halle Berry had her first child, a daughter, with former partner, model Gabriel Aubry, at 41; and in 2013 the actress had her second child, a son, with ex-husband actor Olivier Martinez, at the age of 47.

6. Geena Davis – Thelma and Louise star, Geena Davis, gave birth to her daughter at age 46 and her twin boys at age 48. Of giving birth in her 40s, Davis told Good Housekeeping in a 2019 interview, “I felt 100 percent that I would be such a better parent than I would have been even five years earlier and certainly 10 or 20 years earlier.”

Available at Amazon:  “What to Expect When You’re Expecting,” a helpful resource that answers all your questions about every phase of pregnancy.

8. Kelly Preston – Late actress, Kelly Preston gave birth to her son at the fabulous age of 48, after losing her eldest son, almost two years earlier while on a family vacation.

10. Rachel Weisz – Rachel Weisz welcomed a baby girl with husband Daniel Craig in 2018 when she was 48. Weisz, who has an older son with ex Darren Aronofksy told Harper’s Bazaar that being an older mom is more tiring.

12. Laura Linney – Laura Linney had a son in 2014 at the age of 49 and kept her pregnancy quiet. Two years later when she was on Live with Kelly she said, “I was an older mother-to-be, and it had taken me a very, very long time to have a child, so, I wanted to make sure that my child actually arrived and was safe and healthy.”

Available at Amazon: A variety of tools to help you, or a loved one, along your pregnancy journey.

Studies have shown that pornography can have devastating effects on people's lives, leading to infidelity, lewd behavior, sexual exploitation, … END_OF_DOCUMENT_TOKEN_TO_BE_REPLACED

According to Business Insider, podcasts have been surging in popularity over the last few years. Consumers are continuing to partake in this digital … END_OF_DOCUMENT_TOKEN_TO_BE_REPLACED