Last year, Samantha Harris found a lump in her right breast during a routine self-examination. Ironically, this was shortly after having a mammogram with clean results.  The entertainment correspondent, and fitness model, sensed something wasn’t right, so she saw a breast cancer specialist months later.  A needle biopsy, later followed by a lumpectomy led to news no woman wants to hear: Breast Cancer. 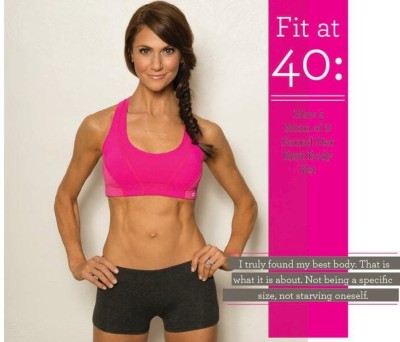 Sadly, breast cancer is commonly mis-identified, and according to healthcentral.com at least 10,000 women are wrongly diagnosed every year. This is due to the fact that often physicians don’t do all the necessary tests and aggressive procedures to adequately rule out cancer, especially in young women.

Thankfully, Harris caught the illness now instead of later, and felt empowered enough to pursue the right answers. 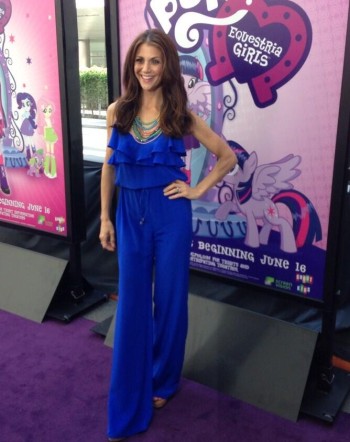 The 40-year-old mother-of-two girls, Josselyn, 6, and Hillary, 3, recently spoke with ET’s Brooke Anderson about the shocking discovery and emotional journey she’s yet to face, revealing that she will be around for her kids, and watch them grow up.

Harris and her husband, financier Michael Hess, have yet to tell their girls about the diagnosis, but say they will reveal the information separately because of their age difference. She tells People, “I want them to hear from me first what Mommy has and that I’m going to be fine.  I don’t want them to be afraid.”

RELATED: The Little Couples, Jen Arnold is an Inspiration after Cancer Diagnosis

Later this month, the former, Dancing with the Stars, host will undergo surgery for a double mastectomy to treat breast cancer.  She expressed her gratitude and sentiments on Twitter, “…Thks for the well wishes, kindness & support. It means so much to me & my family! It’s a tough road but I’m here to stand up & fight cancer.”

Studies have shown that pornography can have devastating effects on people's lives, leading to infidelity, lewd behavior, sexual exploitation, … END_OF_DOCUMENT_TOKEN_TO_BE_REPLACED

According to Business Insider, podcasts have been surging in popularity over the last few years. Consumers are continuing to partake in this digital … END_OF_DOCUMENT_TOKEN_TO_BE_REPLACED