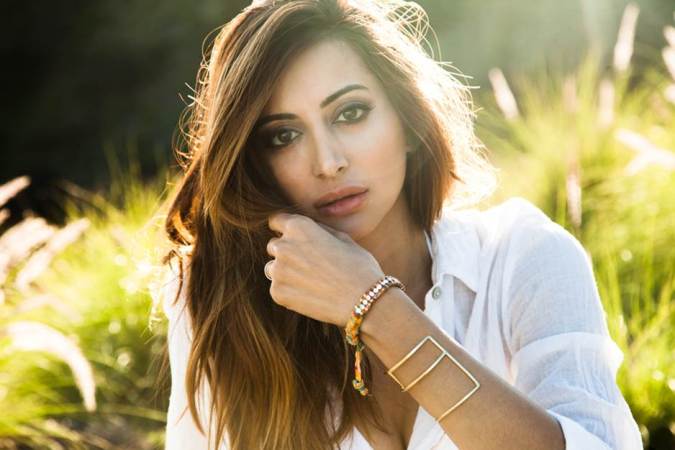 Noureen DeWulf has been working steadily since 2006, and being that there are 160,000 union actors trying to make their mark in Hollywood, that’s a feat worthy of mention. She’s best known for her roles in films such as Ghosts of Girlfriends Past, The Back-up Plan and Ocean’s Thirteen, but her latest, and most noteworthy gig, is playing the hilarious character of Lacey opposite Charlie Sheen on FX’s Anger Management. Sadly, the show just filmed it’s 100th and final episode, but DeWulf will begin a new chapter in her life as she and her husband, hockey player Ryan Miller, await the birth of their son, due next March. DeWulf couldn’t be happier about becoming a mother but confesses that pregnancy is not without it’s challenges. “It’s not as easy to be pregnant as people make it out to be,” DeWulf tells Tinseltown Mom.

“The first trimester was really tough,” the actress continued. “I was very nauseous and queasy and I had all the symptoms that they say. I was also shooting every single day, and I didn’t want to tell anyone I was pregnant so I kept it to myself for the first three months. I think it’s doubly as hard when you’re trying to work and keep it a secret…”

The mom-to-be is now in her sixth month and she also recognizes the strain associated with working while pregnant. “It’s been hard performing… because I still feel nauseous during the day. It’s not as bad as it was at the beginning but it’s certainly still there…. Now, different stuff is happening to my body where I’ll be in a scene acting and I’ll feel kicking, so it’s completely distracting…”

With the media constantly watching for that next story you can’t help but wonder if anyone suspected that the exotic beauty was pregnant before she made the big announcement. “I had a couple of people randomly comment to me towards the very end… They saw me eating for the very first time on set… Usually I’m pretty particular. I eat lunch, but I don’t snack. Some of the crew was like ‘oh she’s eating a big piece of garlic bread on set,’ a couple of little comments like that… I didn’t really start showing until probably my fifth month.” 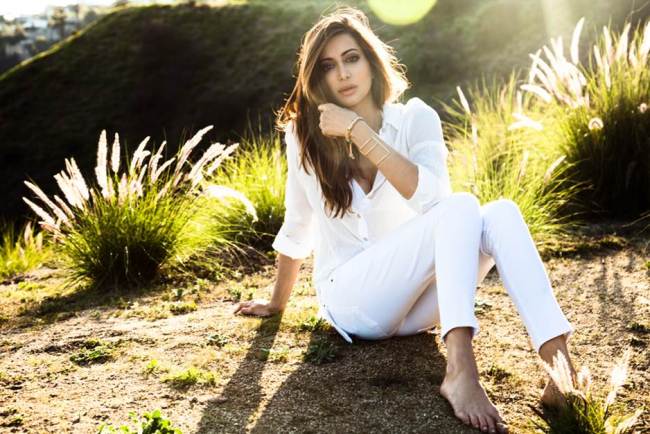 Hollywood is far from being a novice when it comes to trying to conceal those growing bellies during filming, but some pregnancies are harder to hide than others. Fortunately, DeWulf is naturally slim so her staff has been able to camouflage her burgeoning baby belly quite seamlessly. “Yeah they’ve been hiding it on my show pretty well. I wear drapier, looser fabrics and it made me realize that I actually don’t have to be so hard on myself. You can get away with quite a bit with the right kind of clothes.” (Laughs)

After it became public knowledge that DeWulf was expecting she had a gender reveal party so her friends could share in the celebration with her. “There was a company that comes to your house and tells you the gender of your baby in front of your friends and family. I already knew I was having a boy. So I just thought it would be a cool way to share with my friends… only one of my friends is pregnant, none of them really have children yet and they hadn’t even seen an ultrasound so it was neat for me to be able to share… The baby started sucking his thumb. It was adorable.”

A phase of pregnancy that expectant moms are oftentimes ambivalent about is their birthing plan. According to the CDC, approximately 63% of women use epidurals or other medications to alleviate pain during labor and delivery, however natural childbirth, in which the mother labors sans the use of pain meds, is steadily rising. Many women have strong opinions on both sides and DeWulf shared her take. “… I would love to do it naturally, but I’m certainly not opposed to using an epidural. I do want to be comfortable. I don’t want to be in excruciating pain. I’m scared,” the actress admitted. “I’m going to take the last two months of my pregnancy off, so I’m going to try and take some birthing classes and some Lamaze classes and see how I feel once I get into the latest part of my pregnancy, but I’m guessing I’ll probably use an epidural.”

DeWulf just filmed her 100th and final episode of FX’s Anger Management, and the experience was definitely emotional. “It’s sad. I love the people I work with so much and I’ve been working on this show for 2 ½  years so when you spend twelve hours a day with a group of people everybody gets to know each other pretty intimately, and you care about each other, and I’m going to miss the people and I’m going to miss my character. It’s very bittersweet. Because it’s nice to move on and grow and change, and at the same time it’s sad because you’re leaving all your friends.” 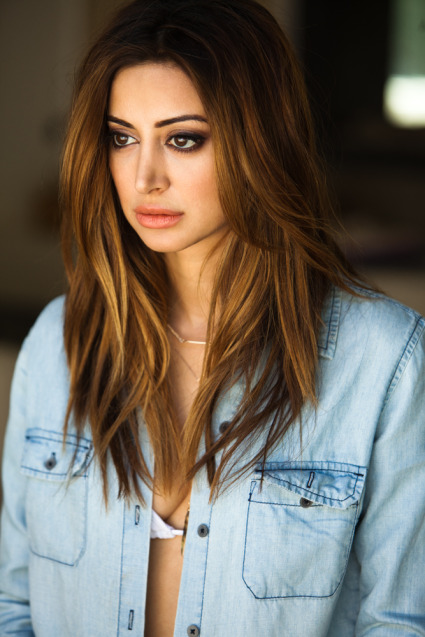 One of those friends is infamous “bad boy” and her co-star on Anger Management, Charlie Sheen. Their onscreen chemistry is undeniable and even off-screen the two share a special bond, something that naturally happens when you work together for almost three years. But still, many have wondered, with Sheen’s reputation, if she had any misgivings before signing on to do the show. “I wasn’t nervous, but I was certainly aware of the fact that I was going to work with Charlie Sheen. I think I won him over with some of my sexy wardrobe. (Laughs) I do really care about him and honesty he’s a great person and he’s different than how the media portrays him. He’s actually a really kind guy, a funny guy. Of all the co-stars to have it’s great to have someone as charismatic and interesting as him. Otherwise 2 ½  years can be really boring, but it’s been a great ride with him.”

If you’ve ever seen one episode of the FX show you’ll immediately recognize that DeWulf is giftedly funny. She’s taken comedy and improv classes to refine her craft, but her comedic sensibilities are intrinsic to the artist she’s evolved into. “A lot of comedy I do is innate; it’s subtle… I never try to push too hard. I think ‘real-life funny’ is the best kind of funny… When I started to book a lot of comedic roles I was surprised. I never really thought of myself as somebody who would do comedy. I’ve always been a talkative, engaged person, but I wouldn’t say I was the class clown. I’m almost reserved or shy in a way and I think somehow it clicks for me to do comedy, and I enjoy it. It’s easy for me; it’s natural. I love it.”

With the show coming to an end, the timing couldn’t be more prefect for DeWulf to focus on her next role as mother. “I’m definitely taking off my last two months of pregnancy. I’m having a hard time being on my feet, and as an actor you really need to be on your feet for 12, or 13 hours. So, I think I’ll take off the next two months, then give birth and see how I feel. It will be great if I can breastfeed and take care of my baby, and be a hands-on mom for a couple of months, then hopefully go right back to work.”

DeWulf’s hockey player husband signed a deal with the Vancouver Canucks this year so, with the exception of the first two months, the star has been living in Los Angeles without him throughout her pregnancy, and with hormones flying high that can be a difficult adjustment. “I’ve been alone, so I find myself at the grocery store crying a lot. Like, ‘I have to carry these heavy bags myself? I need help.’ But, I think a lot of things are now starting to close up for me, with the show… It’s a great time for me to go up there and have the baby in Vancouver with my husband and then spend maybe another two months up there and then come back down.”

Motherhood is filled with joys, trials and unexpected life-changes, but despite the challenges that await, DeWulf seems ready for what’s ahead. “I know it’s going to be a huge transition for me. I’ve always been a performer and I’m an artistic person. That’s always been my focus. My art; my craft; my performing; my jobs. Now I have to switch gears and add a person, another huge thing to my plate. I’m scared. I’m excited though. I think it’s the right time for me in my life, and I’m ready for it. I’m hoping that it will be something that just expands my life even further…”

The talented star also works with some wonderful charities including The Steadfast Foundation, which supports cancer patients and their families. The organization was started by her husband, along with his father. She’s also involved with The Aga Khan Foundation, a 100% non-profit group that helps poor people around the world.

Be sure to check out DeWulf in her final episode of Anger Management, airing December 22nd at 10:30pm ET/PT on FX.