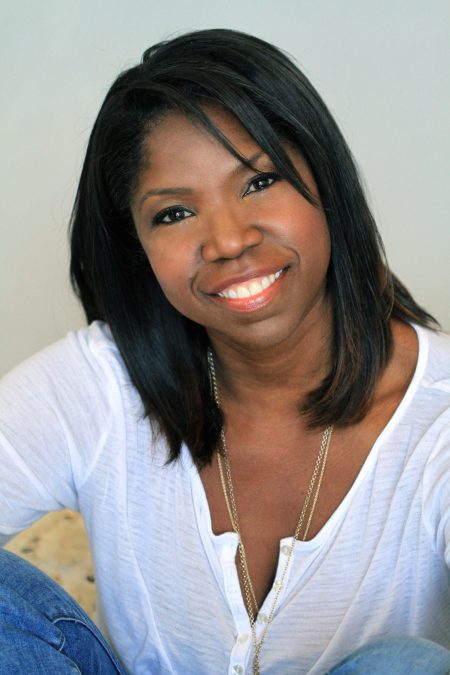 Nicki Micheaux has enjoyed an expansive acting career for over twenty years. You might recall some of her notable work on television shows such as the ABC Family series Lincoln Heights, where she portrayed the part of a strong, supportive wife and mother; or her recurring role on FX’s The Shield, a gritty drama in which she played a tough, determined, cop. She recently wrapped a high-profile run on TNT’s hit series Animal Kingdom, depicting a clever detective looking for truth. We connected with Micheaux to talk about her latest project, Lowlife, a horror film movie critics are calling a mix between Pulp Fiction and Breaking Bad.

“I thought the script was so good. It grabbed my attention and I just had to know what was going to happen,” the talented star tells Tinseltown Mom on what drew her to the script. Micheaux stars in the film as Crystal, a desperate recovering addict who arranges a black-market kidney transplant to save her husband’s life. Ryan Prows makes his feature directorial debut after winning a Student Academy Award for the short Narcocorrido, in which Micheaux also starred as his leading lady and won the Best Actor Award at the Tribeca Cinemas Visionfest. On August 28th, Lowlife went to the U.K. for the European premiere at FrightFest, where it screened at the Cineworld Leicester Square on the Horror Channel Screen & Arrow Video Screen.

With playing such a complex role it’s foreseeable that challenges can ensue, and for Micheaux keeping her character grounded in reality was a bit of a struggle. It was also difficult to keep the varying time changes straight, since they filmed in different time zones, but even with unavoidable filming challenges it’s easier to bring a vision to life in a cohesive environment, and when selecting projects, for Micheaux, it starts with people. “…The Lowlife gang is kind of like a family and it’s great to create in that atmosphere. Very freeing. I look for women who are dynamic—fully fleshed out characters. I love all the genre films, like action and thrillers. Those are the movies I can’t wait to see and so it’s fun to be a part of one.”

The film merges diverse dynamics and tropes throughout, and the actress admits that it was definitely “tricky” to switch tones when called for, but says the director was good at keeping things pure. “…the writing made it clear as well. As long as you stayed true to the character—all would work out fine.”

Since the mom-of-two participated in such a dark film, we wanted to know how she ensured she didn’t bring her character home with her. “As an actor, I fully immerse myself in the character during the moments I’m working—and then I let it go. I practice being able to come in and out of character with the least amount of time possible. It’s very important to me to come home clean of any of my characters. …it’s a PLAY after all. I enjoy the ride, whether it’s a happy warm character or a dark depressed character, and then I get off the ride. Over the years I’ve learned to do better and better. It’s important to me to focus on my children when I’m with them. And they need all of me. …I think it would be next to impossible for me to bring a character home. My kids are young and I’m a single, divorced mom. Once I walk off that set, it’s back to Mommy mode… It’s the best way to stay grounded.”

And like many moms working in the entertainment industry, the actress chooses what projects she tackles dependent on the demands of the family schedule. “…I’m always looking at locations… how long is the shoot? There are certain things I can’t miss out. Also, I don’t have a nanny so it’s quite complicated if I’m not around to do pickup or soccer practice or homework time. But I do find that when you find a project you love, you can also find a way to balance it in with the family. Luckily, I’ve got a great support system, so I haven’t had to pass on anything I really wanted to do.”

Hollywood demands a lot and for some balancing work with family time is a hard concept to grasp, but Micheaux has her approach. “…I have found that it’s better for me to keep a schedule for everything. Family time. Me time. And then stick to it. I don’t try to multi-task around my children at all. I simply allow myself to be with them fully, then work as hard as I can during my work hours. I’ve discovered I love my home and family time and that it really keeps me happy. So, I build my life around that.”

For more information about Lowlife, check out Lowlifethemovie.com