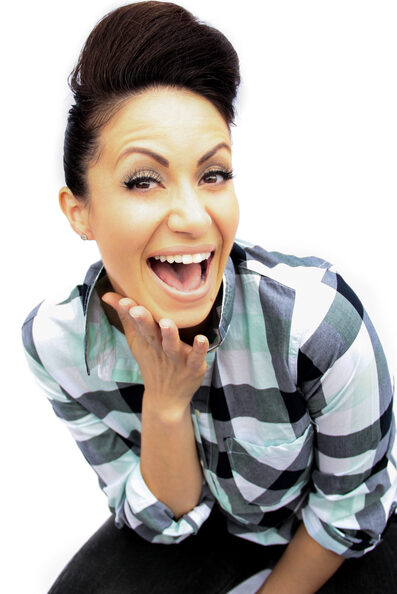 If you’re looking to educate and entertain your little ones in a dynamic and creative way, then Genevieve Goings just might be the ideal person for the gig. She’s not only a children’s music producer, actress, and artist but one of the most popular voices in kids’ entertainment, and if you don’t know her, your kids probably do. The triple Grammy-nominated artist and writer starred in Disney Junior’s urban music video show Choo Choo Soul for more than 12 years, and one would never believe that entertaining kids was not her initial passion.

Originally from the San Francisco Bay Area, it seemed music was the soulful-singer’s calling. Her parents are both musicians; her mom is a singer, her dad, Jimmy Goings, was the frontman for the 1970’s disco band Santa Esmeralda and now manages her career. Having encouraging family behind her, Goings pursued music with full passion, “I was raised with this notion that, ‘yeah, this is a real career…’ I always had the support in that regard,” the musician tells Tinseltown Mom.

Just out of high school, Goings lent her talents to the local hip-hop and rap scene, performing in studios, then later singing on rap hooks that her young fans will probably never hear. She also toured with a local Bay Area hip-hop group Noble House and was the frontwoman in a neo-soul band, Legato, touring the college circuit. Some will call it luck, some fate, others destiny, but when she was asked to audition for a video game voiceover role, that encounter paved the way for her success today. She didn’t get the job, but the doors to a prolific children’s entertainment profession were opened. “That’s one of my favorite parts about my story is that this career of mine has stemmed from actually not getting the part,” Goings says.

The performer developed a relationship with the game creator and an audio producer and secured a small voiceover role. She suggested one of the characters sing a line, and that sparked other ideas, which led to the creator saying, “I have this crazy idea, would you ever make a kids’ CD?” Choo Choo Soul was brewing in his head, and they ended up recording the audio for it, thinking they’d only be making CDs for classrooms. The creator pitched it around and Disney records got a hold of it and passed it along to the Disney channel. “They flew me out to Burbank to meet with them,” Goings recalls, and she ended up auditioning in front of a preschool classroom for 30 kids. They made 5 music videos for Choo Choo Soul and in 2005, Disney bought it from them and turned it into a visual medium. It was eventually showcased on Playhouse Disney (a programming block on Disney channel) in 2006, and continued to play on Disney Junior when it was formed in 2011. Choo Choo Soul was on air for more than a decade. 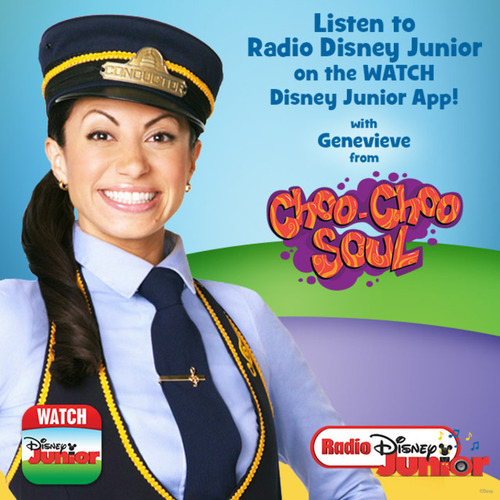 Well connected within the Disney family, Goings’ voice can also be heard on numerous Disney songs, including the popular Ready for Preschool and Disney Junior Music Nursery Rhyme series, where she also writes and produces. She’s written and produced over 100 songs for Disney English, plus she’s worked with other brands including, Hello Kitty and Fisher-Price.

The artist is also a married mom of one, and while pregnant with her adorable son, Kamari, the hardworking singer was still touring with Choo Choo Soul, right up until her maternity leave in 2019. She and her husband had been trying to have a baby for four years before her surprise pregnancy, and while never closing the door completely, right now she’s content with one child. “One and done is what we’re thinking, but you never no. People keep saying, ‘you gotta have a girl,’ and oh you know it’s going to be a boy,” the singer laughs.

Today, the super talent is working from home, song writing and recording, and she loves what she does. She released her first EP, The Great Indoors, a collection of songs celebrating the joys of being stuck at home during COVID with new children’s label 8 Pound Gorilla Records, and among her new videos, Shadow Puppets can be found HERE. “I feel like I have such a unique perspective into kids and what they like, considering I’ve actually, visually, been in front of them in person, touring for so many years. Kids, they want to succeed, and they want to play along… sing along so I’ve honed in on how to write that way…” Goings says.

And even with the hustle and bustle of life, Goings makes her motivation clear. “I want to be there for my son in these really important times of him trying to learn so many things. I’m in the perfect line of work right now. I’m working on these songs that he gets to learn from, which is really amazing.”