With uncertain and stressful times for so many due to the coronavirus pandemic, children’s music legend Laurie Berkner is offering parents a stress-free, fun routine for kids to enjoy that includes music, dance, laughter, and learning! 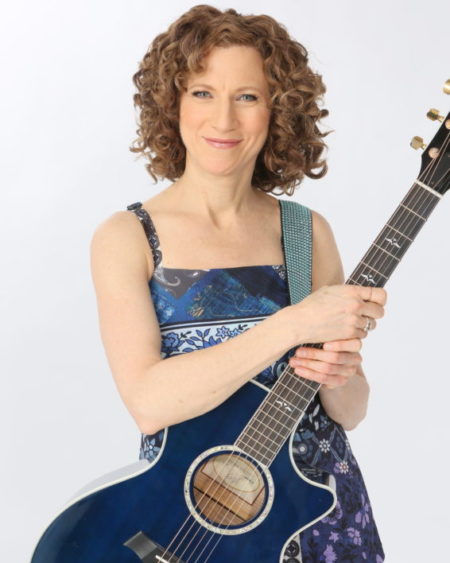 Berkner, who has released thirteen bestselling, and award-winning albums, is now offering daily, live, educational entertainment for kids to enjoy while they’re spending their days inside. The popular children’s entertainer seems best suited for this new venture, as she’s also authored a number of picture books based on her songs, and has performed at Lincoln Center, Carnegie Hall, the White House, and has filled numerous venues nationwide. Many fans also know Berkner from her performances on Nick Jr. and Sprout.

Berkner tells Tinseltown Mom what inspired these live Berkner Breaks from her home. “My team and I were talking about what we could do to reach out to kids and families during this time, especially because my upcoming concerts had all been canceled. So, we got on our social media platforms and asked my fans. Because so many parents were scrambling to find ways to engage their kids that they felt good about–the answer over and over again was ‘we want to see you sing live.’ We also realized it could be incredibly helpful to offer a consistent place and time for kids to sing and dance with me. The idea of doing daily, live Berkner Breaks seemed like a good one and we have been doing them every weekday since.”

Each segment lasts about 25-30 minutes and is broken out into 3 sessions, Berkner Breakfast, Berkner Break and Berkner Bedtime. The singing legend explains the distinction. “Berkner Breakfast is a fun morning song along with chords, lyrics and directions for how to use the song interactively. Berkner Break is either a song with a more educational component or a movement component to break up the afternoon, and we might also post a craft or other activity to go along with it. Berkner Bedtime is either a lullaby or song about part of a bedtime routine–like taking a bath or brushing teeth…”

Berkner offers an array of songs, with playful movements and stories, while performing beloved favorites like, “We Are The Dinosaurs” and “The Goldfish (Let’s Go Swimming).” Berkner also offers longer, educational music videos if you’re looking for lengthier options for your kids. “I have a compilation of videos that is 50-minutes long that is made up entirely of songs that have some kind of educational component-like learning the days of the week, months of the year, counting, or the alphabet,” she says.

To make the experience even more meaningful, the critically acclaimed artist highlights a new charity every day and adds other unique touches to her sessions. “…I sometimes read a book. I also thought it would be fun to make food that I sing about in my songs, live from my kitchen. I’m not sure how much I’ll actually be able to do on my own, but I’m excited to have the opportunity to try! I’ll also be interested in hearing what fans would like to see. And I think I’m going to try to convince my very technically-savvy teenager to help me with the filming.”

Families can join Berkner, direct from her house, for LIVE “Berkner Break” concerts, streamed most weekday mornings at 10:00 a.m. EDT on her Facebook page, plus, each weekday on her social media channels, she’s posting a video of one of her songs for her morning Berkner Breakfast (7:00 a.m. EDT), afternoon Berkner Break (3:00 p.m. EDT), and evening Berkner Bedtime (7:00 p.m. EDT). To watch her  50-minute “Educational Music Videos” compilation go to her YouTube channel.

Studies have shown that pornography can have devastating effects on people's lives, leading to infidelity, lewd behavior, sexual exploitation, … END_OF_DOCUMENT_TOKEN_TO_BE_REPLACED

According to Business Insider, podcasts have been surging in popularity over the last few years. Consumers are continuing to partake in this digital … END_OF_DOCUMENT_TOKEN_TO_BE_REPLACED