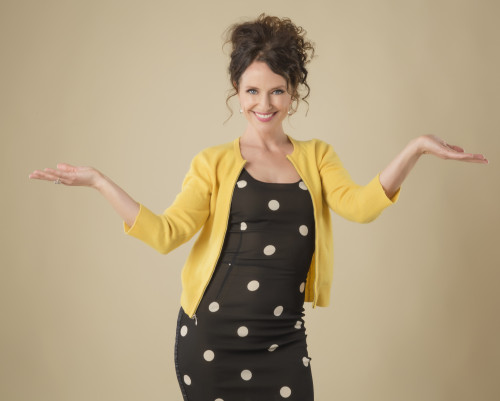 Veteran actress Jean Louisa Kelly may have a notable list of television and film credits under her belt, but she’s distinctively remembered for her breakout role of Tia, the rebellious teenage niece opposite John Candy in John Hughes’ cult classic Uncle Buck, and as the smart and sassy Kim Warner on the long-running sitcom Yes, Dear. She’s also guest-starred in a host of TV dramas like, Grey’s Anatomy, Ghost Whisperer and Eli Stone, but more recently, the talented star has gone back to her musical roots. In 2013, Kelly debuted her children’s album, Color of Your Heart, which was inspired by her kids, Sean James, 11, and Josy Gail, 9, and she just released a collection of original music in a five-song EP entitled, Willing.

Although a seasoned actress, Kelly began her singing voyage long before securing any memorable acting roles. Her mother was a piano teacher and growing up in a musical household paved the way for her showbiz career. “My mom definitely was influential. She did teach me to read music,” the former child star tells Tinseltown Mom. “The older my own kids get the more I see how really she played such a huge role in my going into this career. She used to play the songs on the piano so that I could sing. And when she was out here for her last visit she was playing the piano and my daughter was singing along with her and she had so much fun… And, I was like ‘oh, ok, that’s why I did this.’”

At an early age, Kelly’s mother obviously saw a gift in her daughter and knew that she could sing on pitch and loved musicals so she encouraged what many consider a dream career. “My first professional job was when I was 10. That was the first job where I got paid. I did school plays. My first community theater job was The Sound of Music.” From there, Kelly continued performing in musicals and honing her natural gifts. By the time she reached 15 she landed a career-making gig when she made her Broadway debut in the musical Into the Woods. “…It was very exciting… I had grown up listening to Stephen Sondheim…It was so surreal for me.”

What’s dreamlike to most is being a high school student with a burgeoning acting career, however this rising star had misgivings. “I always had a bit of a tug-of-war inside me between pursing my career and living a quote, normal life, which now I realize there is no such thing as a normal life.” But, even with her uncertain feelings Kelly continued plugging away and by age 16 she landed the role of Tia in the 1989 film, Uncle Buck. “…after Uncle Buck I came back and really wanted to be a regular high school student and I went to high school and I did the cross country team, and I tried to cheerlead for a little bit and I lived like a normal high school kid for a while…”

After graduating the actress continued toward a more traditional career path. “…I went to college and I didn’t go to college to study acting, although I did do some plays there, and I did work some because I went to school in New York so I was able to audition, but I got a BA in English. …after I graduated I said to myself, ‘okay, if I don’t get an acting job in 3 months I’ll use my BA and do something related to English,’ and then I got Mr. Holland’s Opus…” During this time Kelly met her husband, James Pitaro, whom she’s been married to for 17 years, and he encouraged her to continue her pursuit of acting.

In 2000 Kelly secured the coveted role of Kim Warner on the CBS sitcom, Yes Dear. “They gave me a lot of fun stuff to do. That was such a fun show. There was so much silliness.” Although the series ended after six seasons it turned out to be a blessing for Kelly because it was the beginning of her musical rebirth and out of that came the children’s album, Color of Your Heart. “… Yes Dear was cancelled when I was pregnant with my daughter and it worked perfectly. I actually had my son while I was on Yes Dear. And he was born in July and I went back to work like a week later and that was challenging… But when I was pregnant with my daughter it was cancelled and that was a blessing for me because having two kids is like five times the work as having one for me, so I was able to focus on her and on them, and what happened was I was immersed in motherhood and my experiences with them inspired me to write these songs… I didn’t know it was even possible, but a friend of mine, her name is Heather Reid, she is a successful musician… She produced this album of kid’s music… my idea behind it was sort of inspired by Free to Be You and Me (by Marlo Thomas)…. They’re songs that came out of my idea of giving kids tools to cope with life. And of course an expression of kid’s emotions, but that was sort of the idea behind it.”

Going back to music also helped the singer-songwriter learn other aspects of the business that she didn’t think she’d ever experience. “…That process of recording… I never knew that it would be possible for me to do something like this, number one to write anything, number two, to actually do the recordings but I learned about how it was done, so during that time I also wrote some other songs that came to me, but I didn’t feel they were appropriate for a children’s album, so I just sort of tucked them away until I was ready and a little while after Color of Your Heart came out I thought, ‘Well, let me give this a shot,’ so I started recording the other songs and I had written some more, and I had 11 songs… So, I recorded them all, and then I was advised to, rather than just release one big album, to break them up into two EPs…I sort of grouped them by a certain vibe, so the first one that’s done is called Willing. …and I’ll be working on finishing up the other 5 or 6 and I’ll release those when I get it together.” 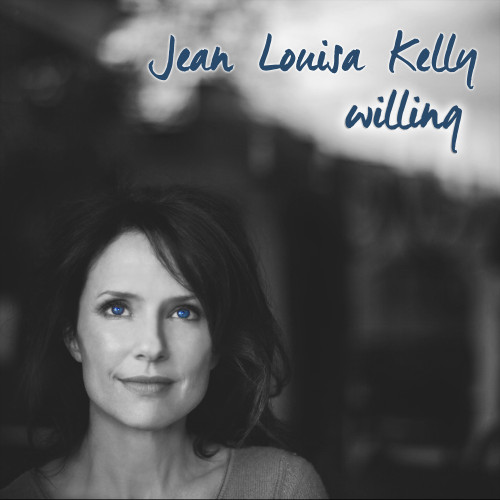 Kelly’s new EP is a collection of songs that she says many can relate to. “… I think, it’s just sort of a story of personal growth. …It’s more metaphorical; it’s not quite so concrete… We’re all growing and we all have our own individual journey, so I think that makes it more relatable.” What’s also relatable, especially to mothers, is the challenge of finding that work-life balance. The working mom has been passionately pursing her music, but she’s still very much involved in her acting career, but on her terms. “The thing that has been so rewarding about this process is that I’ve been able to do it on my own time and it all happens between the hours of eight and three. …I want to be there for them (her kids), but I also know that I’m happier when I’m being creative so it’s just about balance for me. I want to stay in my acting career enough that I’m still in the game. It’s a challenge…. So, I’ve managed to work enough that I feel connected to that, and I want to keep using the skills and I love it, but at the same time I get really homesick if I’m gone for too long.”

Being that Kelly was a child actor and understands the pros and cons of the biz we wondered if she’d approve of her kids following in her footsteps. “Years ago I think I would have said, ‘no,’ but I think that it’s really important to follow your dreams…. They are very creative, wonderful, delicious people and if they had a passion then I would say go for it and I would encourage acting lessons; I would encourage working on the skills, process rather than product because there’s plenty of time for the business part of it … but particularly for kids because they have to play. It has to be based on play.”

But, in a persistently changing and challenging world many believe that kids face pressures today that are far greater than the pressures of yesterday. “My personal opinion is that life is different for kids these days than it was for us because of the way marketing is geared toward kids in a way that it wasn’t when we were growing up. … we didn’t have so many different options…. In terms of acting, and to be a child actor I would imagine that you are placed in the spotlight more with regard to that kind of marketing…. Even the clothing style. I remember when we were kids. The clothes were looser. Young teenagers and younger girls, it was all about oversized shirts….Just the clothes themselves are tighter and it does seem like sex is more a part of it. There’s just more of that out there. That’s what it seems to me anyways. I don’t love it…”

What we love is the way Kelly’s career has evolved and we’re excited for the next chapter. Check out the multi-talented star in the inspiring film, 1000 to 1, The Corey Weissman Story, in which she utilizes dual talents, her acting and songwriting skills. She wrote the song, Don’t Give Up, for the movie. Also be sure to download Kelly’s new EP, Willing, just released on iTunes!