According to the Migraine Research Foundation a migraine is a severe recurring intense throbbing pain on one side of the head, and in about 1/3 of attacks, both sides are affected. Attacks are often accompanied by one or more of the following: visual disturbances, nausea, vomiting, dizziness, extreme sensitivity to sound, light, touch and smell, and tingling or numbness in the extremities or face. The attacks normally last between 4 and 72 hours and this debilitating illness is no respecter of persons. Just ask these famous mothers.

1. Marcia Cross – Desperate Housewives alum Marcia Cross had her first migraine headache at 14-years-old, where the pain was so intense that it caused her vision to blur. “I went to the school nurse, and she wanted me to call my parents,” Cross once told PEOPLE, “but I forgot my phone number. I sort of had a stroke-like syndrome. After my parents took me home, I remember lying in bed writhing in pain.” She suffered similar episodes over the next ten years and was even hospitalized. She finally learned how to avoid key migraine triggers, which can include skipping meals, sleeping in, alcohol, stress and certain foods. She also began taking triptans, a class of medications that block the chemical reaction that causes migraines.

2. Serena Williams – Serena Williams suffered from menstrual migraines for years according to a 2005 ESPN interview. The athlete told how it affected her tennis matches. “I know it doesn’t look like it affected my tennis… But especially in the sun, playing with a migraine makes it worse.” A doctor recommended she try the medication Frova and at the time it was reported that Williams said she hasn’t had a migraine since.

3. Tori Spelling – Early in 2015, Tori Spelling was rushed to the emergency room where she was treated for a “severe migraine,” her rep told Access Hollywood. Spelling felt the media was taking her health condition out of proportion so she took to Twitter to say, “I wish the media would stop making it so dramatic/scary 4 my family, friends,&fans…I have horrific migraines. I’m ALWAYS open about that!” In her book, Spelling It Like It Is the reality star states that she has one or two severe migraines per year, but has suffered her whole life, revealing that the medication Dilaudid mitigates the pain.

4. Janet Jackson – Janet Jackson suffered from a rare form of a migraine called vestibular migraine or migraine-associated vertigo. Migraines typically come with pain and nausea, but the singer experienced migraines with vertigo which caused her to cancel several concerts.

5. Cindy McCain – Former First Lady hopeful Cindy McCain has suffered with her condition in silence, and it has burdened her through many political campaigns, her charitable work, and her day-to-day life. In a 2009 interview with The New Yorker McCain revealed that certain triggers set off her headaches including red meat, chicken and chocolate. McCain adheres to a daily regimen of pills to manage the condition and has participated in a clinical trial to test the effectiveness of Botox in alleviating migraines. “You know, they ring your head in it… It hurts like the dickens. But I’ll do anything, including chew broken glass if it would help me get rid of this.”

6. Carly Simon – Migraines have also affected Carly Simon’s life. In an interview with Brain&Life, the musician revealed that alcohol triggers her migraines so she avoids it.

7. Loretta Lynn – Country music legend Loretta Lynn discussed her migraine condition in her book, Loretta Lynn: Coal Miner’s Daughter, in which she stated her headaches were so bad that she collapsed on stage. Lynn, who revealed that her migraines were passed down to her from her father, carried this condition since the age of 17, saying that they intensified as she got older, especially around the time of her menstrual cycle. Her remedy includes lying down or sleeping.

9. Tia Mowry – Mowry told Vibe in 2013 that after she became a vegan for a year and a half her health took a turn for the better. “I have more energy now, and I find that certain ailments that I’ve always struggled with–migraines and eczema–are no longer a problem.” And although the television personality no longer adheres to a vegan diet she does eat healthy. Mowry recently signed a deal for her first cookbook with Random House imprint Ballantine, and the book will feature the anti-inflammatory whole food diet that helped her recover from endometriosis and chronic migraines.

10. Susan Olsen – Susan Olsen has been getting migraine headaches since she was 11 years old. In 2005, The Brady Bunch alum told Larry King that her migraines were much better than her younger years. She said she started using Imitrex to combat the pain. In that same interview the actress also revealed that she gets another type of migraine called hemiplegic, where her symptoms imitate a stroke. Olsen said this caused her to lose feeling on one side of her body and the ability to talk.

11. Mayim Bialik – Big Bang Theory star Mayim Bialik began suffering from migraines when she was in college, where her headaches were triggered by the stress of school and studying. She also had them through both of her pregnancies. Bialik revealed her method for controlling the pain to Lifescript. “Caffeine can sometimes help with the onset. I don’t drink soda or caffeine at all ordinarily, but I use soda medicinally. Sometimes I take ibuprofen if I have to work. I also use essential oils to ease pain. Melissa Rauch [who plays Bernadette on “Big Bang”] turned me on to an essential oil with menthol and mint, which helps a lot. A handful of times, I experience light and sound sensitivity, so really I just need to sleep the migraine pain off.”

12. Jordan Sparks – Jordan Sparks described her migraine symptoms on an episode of The Doctors in 2015, “For me, it starts with a dull ache, and then all of a sudden, it becomes this increasing pain. I get an aura on the outside of my eye and then I get nauseous.,” the singer revealed. Sparks said staying hydrated, using cold compresses and wearing an eye mask help alleviate the pain, but her most helpful solution is Excedrin Migraine.

13. Whitney Port – Reality star Whitney Port talked about her migraines in a blog post on her website, “I get this horrible, pounding pain in my temples which radiates down through the bottom of my head, my neck and to my shoulders. It is a throbbing pain that feels like someone is knocking me over the head with something again and again.” Port has been getting migraines for as long as she can remember, and her remedy has also been Excedrin Migraine.

14. Lisa Kudrow – Lisa Kudrow has a family history of migraines and her father, Dr. Lee Kudrow, is even a migraine specialist, who’s helped the star deal with her painful condition as she’s gotten older. When Kudrow was a teen “a day of excitement and eating would always end in a horrible headache.” Thankfully, the former Friends star had her father to help her through her suffering. Years ago, Dr. Kudrow and his neurologist son David were intrigued by a report on the dramatic effects the sunburn remedy lidocaine, administered as nasal drops, had on cluster headaches and they found lidocaine stopped migraines in 60 percent of the 39 patients tested.

Being a mom is a wonderful, joyous and indescribable feeling.  And, when that connection can be shared with a loved one it makes the … END_OF_DOCUMENT_TOKEN_TO_BE_REPLACED

According to Gallup.com about half of all start-up companies fail within the first five years. It doesn't matter if you're an A-list celebrity or … END_OF_DOCUMENT_TOKEN_TO_BE_REPLACED 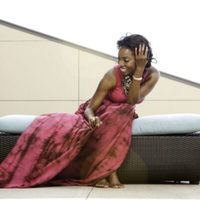