Lyme disease, or borreliosis, is a potentially life-threatening condition that is transmitted to humans by black-legged ticks. According to Medical News Today, at first, a rash may appear then can disappear without treatment, but in time, the person may develop problems with the joints, the heart, and the nervous system. These famous moms have all battled this debilitating disease. 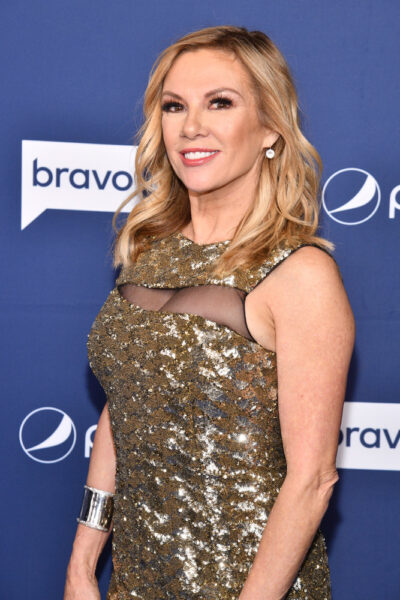 1. Ramona Singer – The Real Housewives of New York City star was diagnosed with Lyme disease in March 2020 and told E! News, “You must get tested once a year, especially if you’re in an area where there are deer.” The reality star believes that she contracted the tick-borne illness while in the Hamptons. Singer’s sister was also diagnosed with the disease in 2018.

2. Shania Twain – Country singer Shania Twain had to regain and retune her singing voice from the damaging effects of dysphonia, which was the result of Lyme disease. “I was very scared for a little while that I wouldn’t sing again, ever,” she revealed to PEOPLE in 2017. “I went through that moment, but I found a way. I found a way to do it.”

3. Yolanda Hadid – Reality star Yolanda Hadid revealed in a Bravo blog post that she lost the ability to read, write, or even watch TV because she couldn’t process information or any stimulation. She said the most frustrating thing was that although there is medical data on Lyme disease, there still isn’t enough proper diagnostic testing, a vaccine, or a cure “while we are living in the United States of America, the most extraordinary country in the world.”

4. Thalía Mottola – Thalía, talked about her battle with Lyme disease in her memoir Growing Stronger. The actress and singer fell ill near the end of her first pregnancy, then after giving birth she got worse and became incapable of caring for her newborn daughter. Her doctors initially thought she was suffering from postpartum depression. Eventually, through her own research, she suspected Lyme disease and sought treatment from Lyme specialists.

5. Jamie-Lynn Sigler – Sopranos actress, Jamie Lynn Sigler wrote an essay for Shondaland and opened up about her MS diagnosis, plus her past struggles with Lyme disease “…when I was 19, I had a bout with Lyme disease. It put me in the hospital, paralyzed from the waist down for nearly two weeks, and yet, in those 14 days in the ICU, not for one minute did I question whether or not I would recover (and I did, quickly). So, this time around, I assumed it was just the Lyme coming around again.”

6. Amy Schumer – Actress and comedienne Amy Schumer recently shared her diagnosis in an Instagram post, seeking advice from her followers. “my first ever fishing pole. Anyone get LYME this summer? I got it and I’m on doxycycline. I have maybe had it for years. Any advice? Can you have a glass of wine or 2 on it? I know to stay out of the sun. I’m also taking these herbs from cape cod called Lyme-2. Please comment or text me on my number in my bio. I also want to say that I feel good and am excited to get rid of it.”

7. Jane Alexander – According to lymedisease.org, award-winning actress Jane Alexander had Lyme disease more than once and rallied behind a controversial 2008 documentary feature film, Under Our Skin. The film is said to expose “the hidden epidemic of Lyme disease and reveals how our corrupt health care system is failing to address one of the most serious illnesses of our time.”

8. Shania Twain – Country singer Shania Twain had to regain and retune her singing voice from the damaging effects of dysphonia, a result of Lyme disease. She recovered her voice, but it wasn’t quite the same as before. “The surgery’s quite … invasive,” the singer said. “It’s given me more room to play, to be honest. I have gravel. I think it’s kind of sexy. I mean, it’s there. I’m never gonna have my old voice again. I’m OK with that. I’ve found a new voice. And I like it.”