Unscripted television has grown increasingly popular over the last 15-20 years, and some reality show cast members have been able to harness their time in front of the camera and make viable careers for themselves, like these famous moms who became talk show hosts.

1. Sharon Osbourne – She may be the wife of heavy metal singer-songwriter Ozzy Osbourne, but Sharon Osbourne has established her name and a successful career on her own terms. She came to public prominence after appearing in The Osbournes, a reality television show that followed the daily life of her family. The English media personality later became a talent show judge on shows such as the British and original version of The X Factor, from 2004 to 2007; before returning in 2013, and America’s Got Talent from 2007 until 2012. Osbourne is one of five co-hosts of the daytime series The Talk, and one of the original hosts from its launch in October 2010. 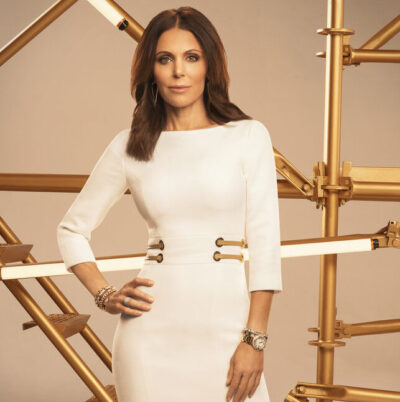 2. Bethenny Frankel – In 2005, Bethenny Frankel began her reality TV career as a contestant on The Apprentice: Martha Stewart, an unscripted competition series. In 2008, she starred in, The Real Housewives of New York City, then in 2010 the spin-off Bravo TV show, Bethenny Getting Married?, which documented her engagement, marriage, and the birth of her daughter. The star left the Housewives franchise in 2010 but announced her return for the seventh season in 2014. Frankel created the Skinnygirl cocktail company in April 2011 and later sold it to Fortune Brands’ Beam Global. In September of 2013, Frankel hosted the short-lived syndicated FOX talk-show, Bethenny, a show that Frankel also co-produced and created, along with Ellen DeGeneres. Bethenny was canceled in February of 2014.

3. Elisabeth Hasselbeck – In 2001, Elisabeth Hasselbeck was cast in Survivor: The Australian Outback. After Survivor, she was a judge at the Miss Teen USA 2001 pageant, then from 2002-2003 hosted Style Network’s The Look for Less where she helped find stylish clothes for bargain prices. In 2003, Hasselbeck auditioned for ABC’s The View and won a coveted seat with the outspoken panel of women. In 2009, Hasselbeck, along with her co-hosts Whoopi Goldberg, Joy Behar, Sherri Shepherd, and Barbara Walters, won the 36th Annual Daytime Emmy award for Outstanding Talk Show Host. In 2013, after ten years of co-hosting The View Hasselbeck left the show to join the Fox News morning show, Fox and Friends as a co-host, replacing Gretchen Carlson. In 2015, she announced she would leave Fox to spend more time with her family.

4. Tamar Braxton – Although many may not have heard of Toni Braxton’s little sister, Tamar Braxton, until recently the talented mom was actually pursuing a music career in the ’90s and early 2000s, although unsuccessfully. In 2003, the WE tv reality show Braxton Family Values premiered, and in the first season, it was the #1 rated reality show on WE tv, so the network ordered a 13-episode second season of the show after the third episode. Tamar Braxton is a former co-host of The Real talk show that featured Jeannie Mai, Tamera Mowry-Housley, Adrienne Bailon, and Loni Love.

5. Kris Jenner – Kris Jenner rose to fame with the reality TV show Keeping Up with the Kardashians, an American reality television series that has aired on E! since October 14, 2007. The Ryan Seacrest produced show focuses on the personal and professional lives of the Kardashian-Jenner family. In July of 2013, Jenner hosted a pop culture-driven daytime talk show, entitled Kris. The series began its six-week trial summer run on several Fox-owned stations on July 15, 2013 and finished its run on August 23, 2013. FOX officially announced that the show would not continue for a second season, and it was canceled.