According to atheists.org atheism is a rejection of the assertion that there are gods. According to the group, it is not a disbelief in gods or a denial of gods; it is a lack of belief in gods.

These celebrity moms have gone on record to discuss their atheistic views. 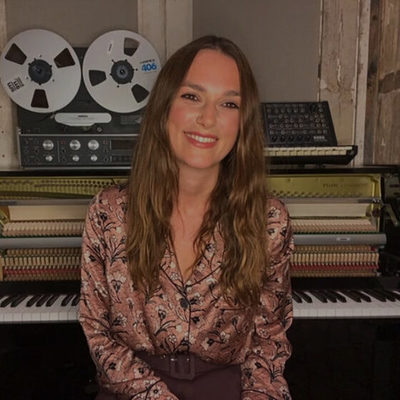 1. Keira Knightly – When talking about hypocrisy and right-wing Christianity with David Cronenberg for Interview Magazine, Keira Knightly said, “…If only I wasn’t an atheist, I could get away with anything. You’d just ask for forgiveness and then you’d be forgiven. It sounds much better than having to live with guilt.”

2. Natalie Dormer  – In a 2007 interview with The Tudors News, Natalie Dormer was asked if she ever had a supernatural experience and The Game of Thrones actress replied, “Unfortunately not and I’d like one. I’ve got an open mind. I say I’m an atheist, but I wouldn’t mind being visited by a ghost, I’d be open to the experience.”

3. Emma Thompson – In 2018, when speaking about her film, The Children Act, Emma Thompson shared her views on religion with The Inquirer. “I am an atheist myself, but I believe in spiritual life being important… and the reason that I am an atheist in so far as the world religions that we have, is because I have seen them oppress so many women for so long. So, to me, religion is the history of the oppression of women.”

4. Helen Mirren – Helen Mirren has been vocal about her disbelief in God, as shared with Daily Express in 2013, “I’d describe myself as a Christian who doesn’t believe in God. I can’t help being Christian because I was brought up in Britain and the morality of Christianity is part of the fabric of this country. But I don’t believe in God. But I do believe in treating other people as you’d want to be treated and being empathetic.”

5. Linda Ronstadt – When speaking with Vanity Fair in a 2013 interview about having formal singing training, Linda Ronstadt revealed, “Hildegard von Bingen said that singing is like being a feather on the breath of God. Which resonates to my atheist soul…”

6. Thandie Newton – Actress Thandie Newton talked about embracing herself in a 2011 Ted talk, and stated, “I was the black atheist kid in the all-white Catholic school run by nuns. I was an anomaly…”

7. Shenae Grimes – When Shenae Grimes spoke with Chelsea Handler in 2011 about an earthquake she experienced, the actress said, “When it initially hit, we were actually in front of this giant Buddha, which was bizarrely spiritual for a self-proclaimed atheist.”

8. Julia Anne Sweeney – When Julia Anne Sweeney was asked by America Magazine what the worst thing about her Catholic upbringing was, the former Saturday Night Live actress said, “It quelled the natural sense of curiosity I had about how the world worked. It was reawakened after I became an atheist.”

9. Paula Poundstone – In Paula Poundstone’s memoir, There’s Nothing In This Book I Meant to Say, the comedian said, “I’m an atheist. The good news about atheists is that we have no mandate to convert anyone. So you’ll never find me on your doorstep on a Saturday morning with a big smile, saying, ‘Just stopped by to tell you there is no word. I brought along this little blank book I was hoping you could take a look at.’”

10. Julianne Moore – In a 2015 interview, Hollywood Reporter revealed that Julianne Moore did not believe in God and that meaning is “imposed” on a chaotic world. The actress, said, “I learned when my mother died five years ago that there is no “there” there… Structure, it’s all imposed. We impose order and narrative on everything in order to understand it. Otherwise, there’s nothing but chaos.”

11. Jodie Foster – Jodie Foster was asked by Entertainment Weekly in 2007 if she was religious and she replied, “No, I’m an atheist. But I absolutely love religions and the rituals. Even though I don’t believe in God. We celebrate pretty much every religion in our family with the kids….”

12. Sarah Polley – Former child actress Sarah Polley was asked by Toronto Life what directors she admired and she spoke about Ingmar Bergman and Terrence Malick, revealing his Thin Red Line “single-handedly brought me out of a deep depression. It shifted something in me. I’m an atheist, but it was the first time that it gave me faith in other people’s faith.”

13. Katharine Hepburn – In a 1991 interview with Ladies Home Journal, Katharine Hepburn stated “I’m an atheist, and that’s it. I believe there’s nothing we can know except that we should be kind to each other and do what we can for people.”

14. Cloris Leachman – While speaking to the Associated Press about her involvement in the Christian-based film, I Can Only Imagine, despite being an atheist, Cloris Leachman said: “I am an atheist, absolutely. But I really think it is wonderful that there are gods for people who need them. We all believe in something. It’s something or nothing.”

16. Jenelle Evans – Another former Teen Mom 2 star Jenelle Evans supported her fellow reality co-star, Kailyn Lowry, when she came under fire for admitting to being an atheist, so Evans replied on social media and said, “I’m atheist too…”

17. Phyllis Diller – In her book, Like a Lampshade in a Whorehouse, Phyllis Diller revealed that she was an atheist from childhood, even when she was young and attending church with her parents.

Studies have shown that pornography can have devastating effects on people's lives, leading to infidelity, lewd behavior, sexual exploitation, … END_OF_DOCUMENT_TOKEN_TO_BE_REPLACED

According to Business Insider, podcasts have been surging in popularity over the last few years. Consumers are continuing to partake in this digital … END_OF_DOCUMENT_TOKEN_TO_BE_REPLACED